In the middle of the afternoon of July 22, Trader Joe’s employee Sean Gerace was in the back room of the store when he heard shots being fired up front.

Thinking quickly, he ushered his fellow employees upstairs to a storage area for safety.

From there, he helped them escape out a window and down an emergency fire ladder.

Killed in the attack was the female store manager, Melyda Corado, when the gunman ran into the store, barricaded himself, and held dozens hostage.

As Gerace helped his colleagues escape, gunfire erupted between the suspect in the store and police officers outside. 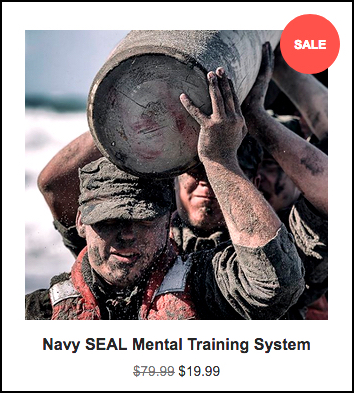 The standoff lasted for more than two hours. It ended when the gunman, later identified as 28-year-old Gene Even Atkins agreed to handcuff himself and exited the store with four of the hostages.

Shortly after the incident, it was learned that Atkins had shot his grandmother seven times and wounded another woman only a few hours prior to the incident at Trader Joe’s.

The grandmother is in critical condition. The other woman was only grazed by a bullet.

Fire officials said six people, ranging in age from 12 to 81, were taken from Trader Joe’s to the hospital and were later released in good condition. QUESTION: Coach, what does it mean to be a “sheepdog”?

ANSWER: Check out this article: Sheedogs—How to Take Action.

QUESTION: How can I stop hitting walls and then quitting? It’s like I get to a certain point and I talk myself out of going any further. I need to stop this.

ANSWER: Here’s an article that should help—10 Tips to Break Through Mental Barriers. How to Survive in a Chaotic World