One of the most respected and ancient martial art forms is Muay Thai. However, like the martial art forms it has spawned or become the foundation for, it also has a predecessor: Muay Boran (“boran” is pronounced so that it rhymes with “rain”—“bore-ain”) and means “ancient boxing”.

Orignally, Muay Boran was called “Toi Muay” and is an umbrella term for the unarmed martial arts of Thailand prior to the introduction of modern equipment and rules in the 1930s, giving birth to Muay Thai which is known as the “Art of 8 Limbs”, utilizing striking from the fists, elbows, knees, and legs (or feet). 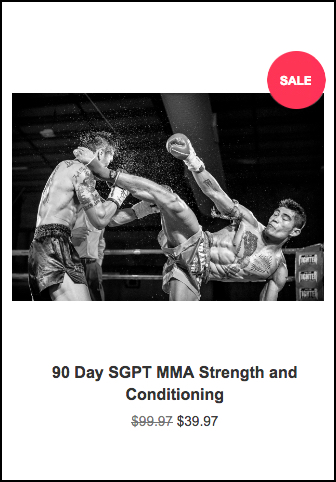 Though filmed in India, the video below shows a form of hand-to-hand combat that’s similar to Muay Boran. Though looser and even more primative-looking than modern day Muay Thai, you can see it’s still highly effective and, if needed, lethal. It’s still taught in several countries as both a sport and for combat and self-defense purposes.

The differences are explained in the video below.

The History and Evolution of the Two Martial Arts

In the late eighteenth century during a war between the Kingdom of Burma and the Siamese kingdom of Ayutthaya (which is modern day Thailand) there was a famed Thai boxer named Nai Khanomtom along with his men who were captured by the Burmese king.

As customary practice, Khanomtom opened up the competition with a Wai Kru dance. This completely shocked and mystified the Burmese king as he had never seen such a practice. Following this the fight began and Khanomtom brutally knocked out the Burmese boxing champing shocking the Burmese people and the king.

Ultimately the Burmese king would grant Nai Khanomtom his freedom and as a result every year on March 17 is celebrated as National Muay Thai day! However, the art form that Khanomtom used was not known as Muay Boran.

The truth is there were different regions, or sections that adopted varying styles of the art form and as a result they were lumped together using the technical term Muay Boran.

Originally, Muay Boran was used as self defense and was taught by the Thai military. This system not only incorporates devastating striking to dismantle a threat, but also teaches you how to incorporate highly effective grappling combined with devastating strikes to completely eliminate a threat.

Muay Boran principles have been adopted by many art forms over the years. You can still observe some elements of it in the pure stand up form in the more modern day version of Muay Thai.

Muay Boran is an ancient form, and the principles live on in self-defense, combat, and even modern combat sport. In terms of striking ability there is nothing on the planet that can match up to the strikes that have been introduced from Muay Boran.

Though Muay Thai has overshadowed Muay Boran for nearly a century, Muay Boran has seen a recent reemergence in popularity as new interest in the martial art has grown.

Are you currently practicing a martial art?

Are you currently training in Muay Thai? QUESTION: Coach, I’ve been getting more serious about my Muay Thai training and have a goal of an amateur fight later this year.

Problem is I feel like I’m not getting the right kind of nutrition. Do you have any suggestions you can give me?

ANSWER: Yes, check out this article: Diet and Nutrition Important in Exercise Recovery with Boxing and MMA. QUESTION: Hi, Coach. I really want to make some changes in my life. The problem is I get going and then I stop. It’s not that I lose interest. It’s more like I lose momentum and can’t get my motivation going again. Can you please give me some tips to keep going? I’m real tired of this. Thanks!

ANSWER: We get this question a lot. Check out this article—3 Tips to Build Persistence. RELATED ARTICLES
• What Can We Learn from MMA?
• 5 Ways to Finish Your Opponent in MMA
• Top 5 Combat Fitness and MMA Strength Training Mistakes