Martyn Ford: The Next Giant Heavyweight of MMA? 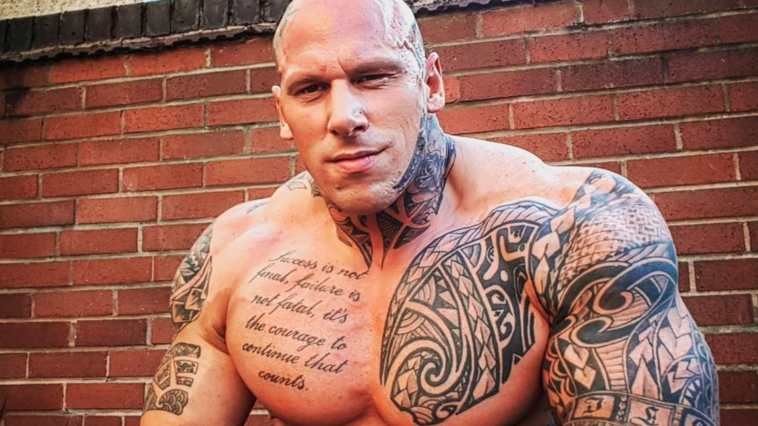 As if Conor McGregor and Khabib weren’t enough, the sport of MMA is now looking at a new competitor and he may be able to create his own weight class. That’s right, actor and bodybuilder Martyn Ford recently entered Poland’s MMA organization.

I know what you’re thinking…so what’s the big deal?

The big deal is Martyn Ford himself as he is a 33 year old bodybuilder and actor that stands towering at 6’8” and weighs in at a whopping 320 lbs. No, this is not some video game, it’s real life. According to many, he’s one of the scariest looking animals to ever step foot in the octagon. The interesting thing is that apparently Martyn never expected to end up in the sport of MMA, but was at one time serious about becoming an England cricket player, but after an injury he found a new path.

Apparently, whatever injury he experienced isn’t slowing him down from getting into the octagon. He has stated stated he “has been documenting his progress on social media –which includes an incredible video of the 140kg hulk hitting a 100lbs. punching bag so hard its bolted frame is ripped out of the wall.”

I understand as much as the next guy that bags don’t hit back. However, if this guy is honing his athleticism for fighting he may be able to stand behind a lot of his power and size to unleash a hurricane of strikes never seen before from such a giant human. This could be very interesting.

Martyn has expressed that when he suffered his career-ending injury from cricket, it was a crushing blow. It left him feeling lost from not having had the opportunity to turn pro in the sport. He notes that his drive to fill that void is the reason he’s been able to travel the world due to the fitness industry and has been in two films with several more lined up on the schedule.

Because of his bodybuilding, Martyn will have to alter his training to improve flexibility and speed. However, he  states that he’s confident it will come back fairly quick. On Instagram Martyn has said “Reducing my weight training, increased my stretching and flexibility, focusing on movements and being functional and explosive is now key.”

So what do you think? Is Martyn Ford going to be the next giant heavyweight of MMA?

Update: According to Sherdog – At KSW/MMA #45 he announced his signing with KSW to start in early 2019. QUESTION: I started training in Muay Thai and my coach says I have potential to get in on an amateur circuit. But the thought scares the hell out of me and I cut myself down. How can I stop this?

ANSWER: A lot of self-confidence comes down to building up your mental toughness—here’s an article that should help: 10 Tips to Increase Mental Toughness.

QUESTION: I want to start training in MMA, but I’m not very big. I’d like to go up a class. How can I put on muscle?

ANSWER: Check out this article: 3 Ways MMA Fighters Can Pack on Muscle Fast.