Tell us about yourself.

I’m 30 years old. Originally from Arkansas, where I grew up. Attended the University of Arkansas where I graduated with a B.A. in History. Enlisted right out of college in 2012, served for almost six years before getting out in March 2018. Currently living in Texas.

Did you have an athletic background growing up?

I was an active kid growing up. I was big into skateboarding, and snowboarding, but I didn’t get into organized sports until high school when I started playing soccer. In college, I played rugby for my college club team as well as the local men’s team in the off season.

What made you want to join the 75th Ranger Regiment?

When I was a younger kid, I was all about playing army. Any stick became a gun, the woods behind my house became every battlefield you could name. 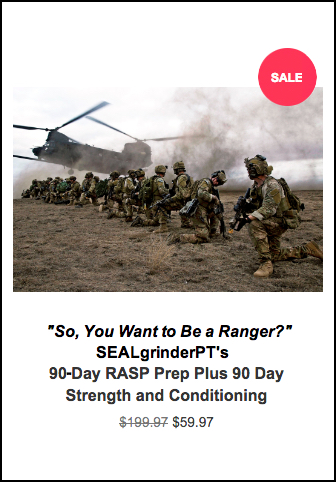 When Saving Private Ryan came out, I begged my parents to let me watch it. Then when Black Hawk Down came out, I knew where I wanted to be. Both of those movies were huge influences on my decision. Rangers, those dudes are who I wanted to serve with.

Where did you go through training and how long was it?

I went to basic at Fort Jackson for six weeks, then three weeks for Airborne school at Benning, then three months at Fort Lee for AIT, (I was a Rigger) then back to Benning for eight weeks of RASP.

I also took the extended stay in Ranger School before earning my tab. I recycled twice, once in Mountains and once in Florida, and caught the Best Ranger Competition recycle, for a grand total of six months in Ranger School.

What was the hardest part of Ranger selection (RASP) for you?

I think the hardest part of RASP for me was Cole Range. It was a gut check to say the least. Up until that, Army life hadn’t been to hard for me, but Cole Range was designed to break you off quick. We lost most of the dudes from our class during that part of RASP.

It was over a hundred degrees and guys were going down left and right from the heat. Then the nights were when the cadre would play head games with us, trying to get more guys to quit. There was a lot of temptation for me to quit, but just taking it an hour at a time, I made it through.

The rest of RASP definitely wasn’t a breeze, but Cole Range was the hardest for me.

Which Ranger Battalion did you serve with?

I served with 3rd Battalion in Fort Benning.

How would you describe battalion life?

Life in batt is tough but rewarding. The saying is that “it is harder to stay in regiment than to get there,” and it’s true. Batt is an alpha dominant environment that will eat it’s own if they fall below standards.

No matter if you were an 11B growing up on the line, or a soft skill assigned to the support company, everyone is a Ranger first and everyone is held to the same physical standards. It is not uncommon to do an hour and a half to two hour workout before you even start the duty day, with many guys going back to the gym a second time upon release for the day.

It also pays to be a winner in batt. From the beginning, new privates are pushed to always beat each other at whatever task their leadership might have them do. If you were last or did the least amount, there was usually repercussion. Knowledge of your job is also a key component to life in battalion.

We are the best at what we do and this is because every Ranger has studied and knows their MOS inside and out, and has conducted cross training with other MOS’s to learn their jobs, and so on and so forth.

For example, I was a rigger, but also was a master breacher, and a cook friend of mine was also trained as an RTO (radio telephone operator).

How much rucking did you do and how much did your pack weigh?

Usually we would ruck at least once a week, doing about six to eight miles. There was also two twelve milers each training cycle, once at the beginning and once at the end. Standard ruck weight was thirty five pounds dry, meaning without any water sources on your ruck.

The scales aren’t always accurate so most guys go about forty pounds so they didn’t incur the wrath of their team leader.

What goes through your head before you jump out of an airplane?

Is this really worth the extra $150 a month?

Did you get deployed overseas?

I had two deployments to Afghanistan.

If your younger brother were to go into the Rangers, what tips would you pass down to him?

Keep your head down and do as you’re told. Study hard, work hard, train hard, and keep out of the way. When you are noticed, make sure it’s for positive reasons. When it’s time to be a leader though, step up, be the leader, take control, and take care of your guys.

A question from the readers: “How much should you ruck to prep for Ranger School?”

If you’re already in Batt, your team leader will make sure you are more than ready for the rucks.

If you are coming from a conventional unit, where you might not have the leadership that ensures your preparedness, then you might want to take time after you are released for the day or on the weekend, and do some rucking on your own.

Doing a shorter three to four mile ruck-run and a longer, eight mile or so, regular ruck each week can be really good prep without overdoing it on your body. One other tip, take the time to make your ruck fit you.

Whether you are using an ALICE pack or a MOLLE ruck, adjust it to your body, and keep changing it until you have the exact fitting that you want. Nothing more miserable than walking seemingless endless miles with an ill-fitting ruck on your back.

Is there anything else you think the readers should know about life as a Ranger?

Many thanks for the interview, Tony. Tom Coffey is a former Army Ranger, certified nutrition coach, and coffee connoisseur. He specializes in helping busy people who work full time jobs lose their first 20-50 pounds without giving up the foods they love.

You can read more of Tom’s work over at Tom Coffey Fitness. QUESTION: Where can I find out about how to become a Ranger?

ANSWER: Start with a local Army recruiter. You can also get information here.

QUESTION: I am about to go to Army boot camp, and then on to RASP. Do you have any tips for how to pass the RASP obstacle course? I hear it’s tough. How to Make it Through RASP—Ranger Assessment and Selection Program

Let the Rangers Lead the Way Into Some Killer Motivation