I wouldn’t call myself a Glock Fanboy—but I do love them for their simplicity of use, ease of maintenance, and customization. I mean, they’re essentially the firearm equivalent of Legos – polymer and configurable in whatever you can conjure in your mind’s eye. But I also like a shoot other platforms in competition – CZ’s, Sigs, Berettas, you name it.

And Glock’s – like all things – aren’t without their own issues. Some say it’s like shooting a brick. Some say they’re ugly, but I find their utilitarian, spartan nature elegant. That being said, Shadow Systems takes something spartan and makes it race ready, and also tickles that tinkering nerve.

I personally prefer Gen 4’s – the mag release is bigger and more easily manipulated by me yet also flush enough not to drop mags when I don’t want them to. The grip of the gun is almost imperceptibly smaller than a gen 3, and the “hump” on the Gen 3 frame is much less in the Gen 4 flavor; allowing the gun to point more easily, especially with an RMR on top. I have a Gen 3 Shadow Systems top end, but wished it was a Gen 4 for the aforementioned reasons. Well, I must have thrown a coin in a wishing well and not remembered – because not too long ago, Plano based Shadow Systems rolled out Gen 4 top ends. I had to snag one. And given that I like to tinker and build, I picked up a kit. You can absolutely get them pre-assembled; but again, this is like a Lego kit for adults. Before we get into the firearm itself, let’s look at the kit itself and how it came. If you buy the top end with completion kit like I did – you get the slide (more on that later), a match grade barrel of your choice (I opted for DLC fluted, but it comes with all types of styles and finishes from threaded to dimpled), blacked out sights, and I had a Shadow Systems flat face trigger already. 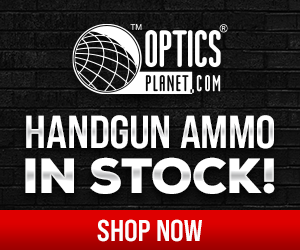 Then you get all the small parts that if you’re a Glock guy or gal, you’ll be familiar with. From the firing pin channel to extractor to springs it’s all there. They even give you the set screws for the RMR – one longer than the other- with instructions on which screw goes on which side (short side for the extractor). That last part I thought was a great bit of customer service.

I like the Gen 4 iteration much more than the Gen 3 variety for the aforementioned reasons, but that is by no means a sleight against Gen 3‘s as Shadow Systems makes them; their fit and finish for both generations is equally impressive, with some minor differences. The Gen 4 has their DLC – diamond-like carbon – finish which feels like Glock’s Gen 4 standard finish but seems to hold up a bit better. It sports the aggressive front and rear serrations that make press checks and quick reloads a breeze in bare or gloved hands. The lightning cuts on the slide are exceptionally well machined, with smooth lines and well cut edges. The RMR milling is even more impressive, allowing the RMR to sit low on the slide, co-witnessing splendidly with their included blacked-out serrated sights.

What I really like about Shadow Systems is that you can tell their shooters – they know their stuff. On their website, they wholeheartedly recommend using blacked out sights on a dedicated RMR platform so your eye is only looking for one thing, doesn’t get confused when other dots from night sights, for example, enter your field of view. I run this with a Trijicon 3.25 MOA RMR Type 06. Now the the action and shootability: Yes and hell yes.

The action on this is extremely smooth, even out of the box and only with a few hundred rounds through it as it is now as I write this. And as for how it shoots – the term tack driver comes to mind. I never noticed much of a difference between a Gen 3 and Gen 4 G19 until now – the double recoil spring in the latter definitely helps keep the muzzle down, despite it being a light shooting 9mm.

Double taps with or without a red dot are easy, and basically keyholes. The lightning cuts take enough mass out of the slide to make it lighter, but not enough to make it feel like a bigger bore weapon. Moreover, the crisp break of the Shadow Systems flat face trigger and audible and tactile reset makes those follow up shots even easier to crack off.

I’ve shot many guns in competition. But this rig is my new Carry Optics Set Up in IDPA and maybe USPSA. Why, you ask? Because the first time I shot this weapon in competition, only firing it once before just to function check it, I came in first in my division, and 5th out of 24 overall in a local match.

I’m a pretty good shot, but having a weapon that’s light with a familiar and enjoyable grip frame, low sitting RMR, and crisp trigger. The only thing I might do to this is get it stippled and some double undercuts, but if I could only have one pistol – it would be a Glock 19 Gen 4 as it fits my hand like it was made for me. Don’t believe me when I said I placed 1st in my division, 5th overall after shooting this only once? Here’s some proof. Now do yourself a favor if you carry or shoot  Glock’s competitively – get yourself a full rig from Shadow Systems or just the slide. Get something. All of their stuff is great, and I’ve heard tell of something even better and more badass coming from them at SHOT. Stay tuned for that.

A gun built by shooters for shooters that doesn’t have the hefty price tag of a Zev or Taran’d out Glock. It’s got the aggressive serrations, lightning cuts, trigger, and milling you expect from a gun twice this price. It’s also configurable, and the slides can go on a lower you have already. Win all around.

That I don’t have more of them, and that ammo isn’t free. Get one. Get some.

Check out Shadow Systems at OpticsPlanet.com