Who is the Gray Man in Navy SEAL Training? Upon receiving orders and arriving at Basic Underwater Demolition SEAL (BUD/S) training in Coronado, your whole life will begin to change.

You will hear things that you have never heard before.

You will be taught things that no one has ever showed you. You will be pushed to the outer limits of physical and mental boundaries.

One of the mythical creatures you will hear about in your first week is the “Gray Man”.

Who is this mystery man? If he is truly that color…he must be hard to see? That is the very point.

No one knows his name.

We cannot recall what he looks like. He is truly a man of mystical qualities. 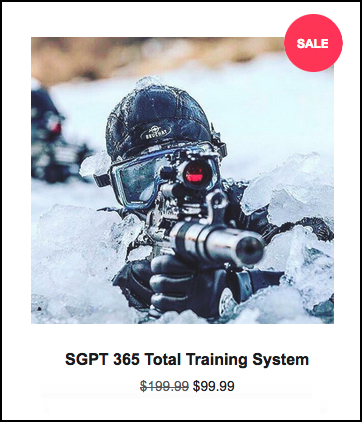 At that moment, you are being taught an important lesson. In BUD/S training, you never want to stand out in the crowd.

You never want to let an Instructor know your name. If you stand out for your loud mouth or actions…you will draw attention to yourself from the Instructors—and that can become very painful for you.

Being the “Gray Man” helps to fly under the radar and avoid many a beat down.

The opposite of the “Gray Man” were the guys who talked smack. The ones who had an attitude.

They only thought of themselves and not the group. I remember a guy…let’s call him “Dew”. This guy was 6 feet 2 inches of chiseled steel.

All of his life he had been told what a bad @ss he was. He got to BUD/S and he got beat down just like everyone else. He was told how bad he sucked.

This was hard for Dew to take.

He puffed his chest out and challenged an Instructor to beat him down with burpees and surf torture.

Well…we can all guess who won that battle. Dew was shortly shipped off to the Navy fleet and was chipping paint and washing dishes.

Everyone thinks they are a tough guy. That is…until they are sitting in the cold, dark Pacific ocean.

After that, you learn to shut your mouth and keep your head down and do the hard work.

Later in the SEAL Teams that translates in different ways.

“The Teams are all about breaking regulations and seeing what you can get away with.” — Chris Kyle, Navy SEAL Sniper.

You want to blend in. In survival situations, the Gray Man is also spoken of not standing out.

Even though you may have Grade A survival or tactical skills—that doesn’t always mean you have to walk around with a tactical backpack and fully kitted up.

To blend in, you may wear normal street clothes and a school-type backpack.

This can draw less attention to yourself as a threat. You dont want to stand out in a crowd if you are in a dangerous situation and trying to move out of harms way.

You always want to be the Gray Man. QUESTION: What is a good book that I can read to find out more of what happens at BUD/S?

ANSWER: We like the book Breaking BUD/S: How Regular Guys Can Become Navy SEALs

This book gives an accurate description of BUDS so that you can at least know what to expect.

You will of course have to get out there and do the hard work and not quit.

QUESTION: What is one thing a Navy SEAL would never say?

ANSWER: “I loved BUD/S so much I want to go out and do it again.” 10 Things to Get You Kicked Out of Navy SEAL Training

How do I Prepare for BUD/S Training?