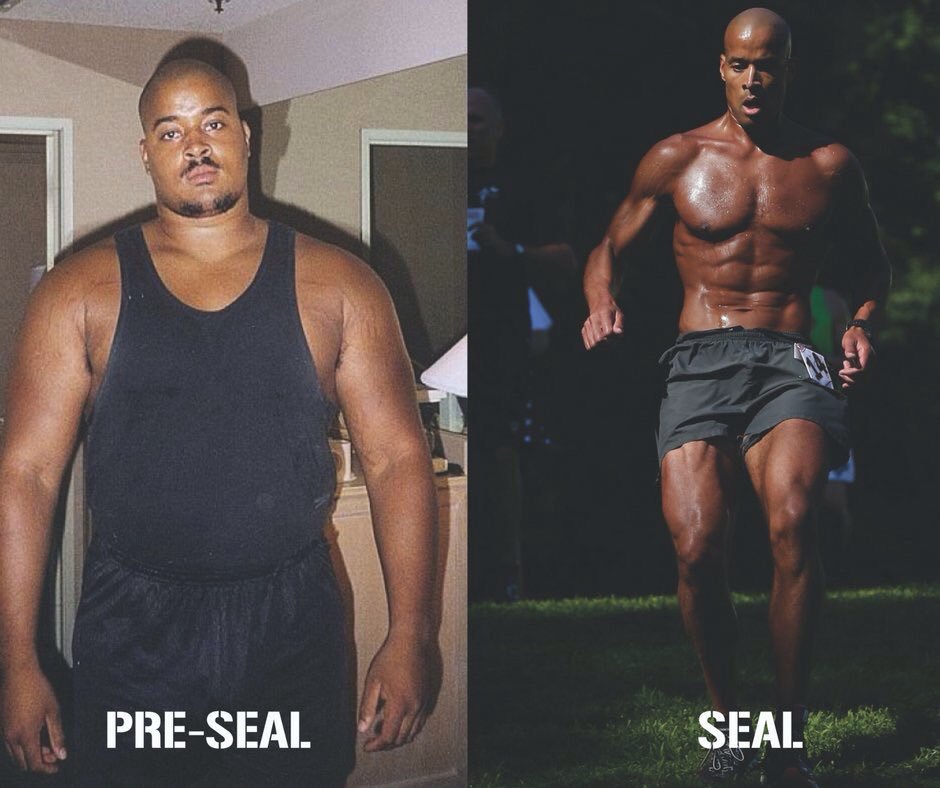 David Goggins is a FREAK — can I get a big head nod on that? He was quoted on Twitter “If you don’t like what you see in the mirror…CHANGE IT.”

Anyone that loses 100 lbs and goes on to finish in the top spots of the world’s toughest ultra running races (Badwater) can be called a true FREAK.

But get this — he says that he hates to swim, hates to bike, hates to run and still does them all on a daily basis—precisely because he hates too.

Want to get as fit as Goggins? Check out our brand new SGPT Mental and Physical Training System. You will set up a daily routine, learn proper Navy SEAL Mindset techniques, improve your diet, get a 150 Day workout program and MORE! This is a complete Mental and Physical Training System. Developed by a Navy SEAL. Designed to get Results! HOOYAH! Click HERE Not only is he physically fit — his mind is also wired at a very high level.

Why? Because, as he says, “The path to success will leave you callused, bruised, and very tired. It will also leave you empowered.”

Watch in the video below as Navy SEAL David Goggins, talks about mental toughness and why it’s not about winning, it’s about NOT quitting.

David says, “Everyone comes to a point in their life when they want to quit. But it’s what you do at that moment that determines who you are.”

According to Triathlete Europe.com “Every day, he’s up and running by 3 a.m.

After a 20-mile run, he bikes 20 miles to work. He runs at lunch, if he can. Then it’s back home (on the bike, of course) to join his wife for weight training in the gym.

He’s in bed no earlier than midnight most nights.

On goals, David says, “Most people who doubt you doubt you because they can never see themselves doing what you are trying to do.” And he doesn’t let anything stop him. In May 2010 his doctor discovered a birth defect that caused a hole in his heart. In any other person the best you can function at is about 75%. You also can’t SCUBA dive or do anything at a high altitude.

Goggins had surgery to repair his heart and still pushes himself to the max on a daily basis.

David says he does not like to run or exercise but his goal is to raise funds for the Special Operations Warrior foundation. QUESTION: What is a good book that can help me learn the relentless drive that David has?

ANSWER: Check out the book Living with a SEAL: 31 Days Training with the Toughest Man on the Planet

and you can learn more about David and how he trains the mind and body.

There are many life lessons that you can learn from this book and apply them to your training and life.

I was able to meet Jesse Itzler in 2018 at the Spanx headquarters in Atlanta and turned out to be one of the best talks I have heard all year.

What an opportunity to train daily with a top level elite athlete with David living and training out of Jesse Itzlers home for a month.

QUESTION: What is a pull-up ladder I can do that is similar to Navy SEALs and what David does? Recently he posted up on twitter his morning diet of steel cut oatmeal with blueberries.
He has also mentioned a protein shake with strawberries and bananas.

Quote: Motivation is crap. It comes and goes. Find what you’re passionate about. Then you can be driven. When you’re driven you don’t give a damn. 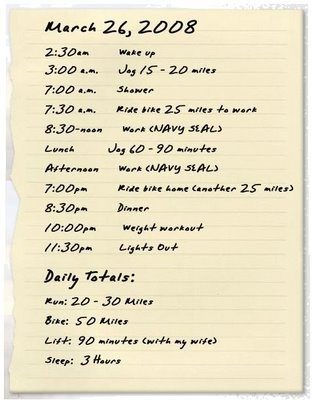 QUESTION: What kind of running shoes does David Goggins wear?

QUESTION: How many miles per week does David Goggins bike?

QUESTION: Why did Goggins decide to do the Badwater race?

ANSWER: He googled the ten hardest events and that event came up on the top. I was listening to his podcast interview with Joe Rogan and he talked about how he decided to do that race.

Question: I dont get enough greens in my diet and would really like to improve my nutrition and recover quicker from the gym. Do you have any good suggestions?

Answer: I personally use Athletic Greens as a green supplement to my daily nutrition.

QUESTION: Where can I find out more info about joining the Navy SEALs?

ANSWER: Check out the US Navy SEAL/SWCC website here.

US Navy SEAL David Goggins: The Power of FU#* IT!